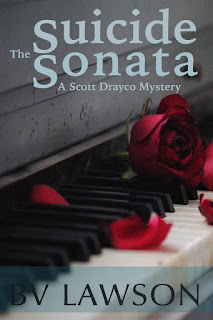 Can a piece of music be cursed?

When a young marine biologist is found dead of suicide, his father can't believe he took his own life and hires Scott Drayco to prove it was murder. But what of the strange song found with the young man's body—the same song linked to a piano sonata that led to a wave of suicides in 1930s Hungary?

As Drayco digs deeper, he finds even more unusual aspects of the case not easily explained: the victim’s missing cellphone; his “Gang of Five” friends and their interest in the Akashic Records spiritual philosophy; and the gun used by the victim that was mysteriously stolen from a friend’s car.

Drayco fears a tragic incident from his own past may be clouding his objectivity. After all, the facts point to suicide, case closed. But when Drayco starts suffering from depression himself after playing the sonata, can he really be sure of what’s real and what’s imagined?

The Suicide Sonata is the fifth installment in the acclaimed Scott Drayco mystery series, a finalist for the Shamus, Silver Falchion, Daphne, and Kindle Book Awards. 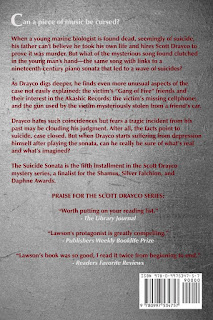