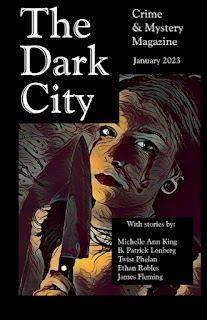 In this issue of The Dark City a father  decides the fate of his troubled son, and a video store employee is seduced by his dark side.

In the world of crime novel fandom, a famous novelist is murdered and the clues embedded in a crime magazine's List of Contributors.

Finally, an addict seeks the end of the road, and a troubled young criminal deals with a bad case of nerves....

Welcome to the darker side of reality.

Welcome to The Dark City. 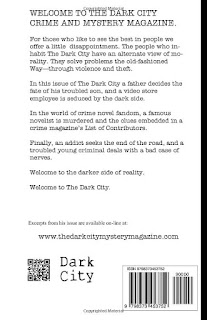 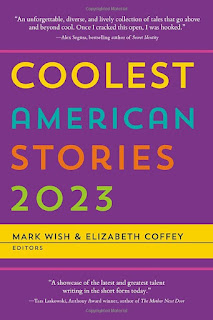 Gerald Elias’s  short story, A Scarab for Normandy, appears in the anthology, Coolest American Stories 2023. Published by Coolest Stories Press earlier this month, the book is available in digital and print formats at Amazon and other vendors.

America’s most talented storytellers share their most interesting, engaging, unputdownable work in a collection made for story lovers.

Praised early on by numerous award-winning and bestselling authors, COOLEST AMERICAN STORIES 2023 is the second volume of the annual short story anthology whose guiding philosophy is that a collection of widely appealing short stories can make for common ground that could unite rather than divide Americans.

Toward this end, COOLEST AMERICAN STORIES 2023 features a previously uncollected heartbreaking story by Morgan Talty, author of the widely acclaimed Night of the Living Rez; a witty story about growing up fast by widely published crime writer Nikki Dolson; and a candid tale about motherhood in the wake of tragedy by T.E. Wilderson.

And since interesting storytelling―rather than a bunch of publishing credits―matters most to story-hungry readers, COOLEST AMERICAN STORIES 2023 also includes a page-turner about celebrity stalking written by brand new author Georgia Smith; a previously unpublished and sensual story about love versus the American Dream by up-and-coming author Patricia García Luján; and R.C. Goodwin's striking tale about a dying parent's wish―among others in this treasure trove of unputdownable, sharply written, sometimes comic, sometimes frightening, always suspenseful stories loaded with twists and turns. 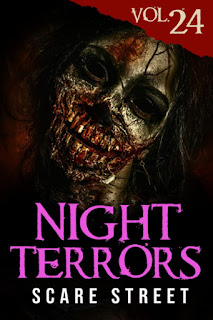 An old piece of pottery holds an ancient evil within, until a man and his daughter unwittingly release it into the world. A private chauffeur picks up a very strange passenger, who reveals something terrifying lurking along the dark night roads, just out of sight. And justice hunts down a terrified man, when he discovers his ancestor may have committed a gruesome crime…

Scare Street is proud to present fourteen diabolical new tales in this bone-chilling collection. Each ghastly page unleashes a new nightmare, ripped from the depths of your psyche.

It’s almost as if this book has a mind of its own; a monstrous, disturbed mind, a mind full of dark dreams, and twisted nightmares.

It wants to make you shiver with fear. It longs to hear you scream.

And it knows exactly what scares you…

This volume features the following stories:

1. Twist the Lid by Gordon Grice

3. A Girl of Peculiar Taste by S. C. Vincent

9. Hour of the Witch by Frederick Pangbourne

10. This Girl I Used to Know by Suki Litchfield

11. The Competition by Veronica Leigh

12. The Likeness of a Murderer by Simon Lee-Price

13. The Other Cassandra Went Insane by Shannon Frost Greenstein

14. The Child Thief by Ron Ripley and Kevin Saito 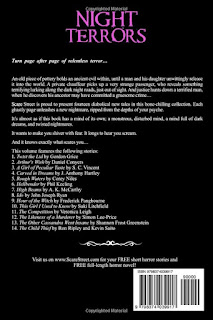 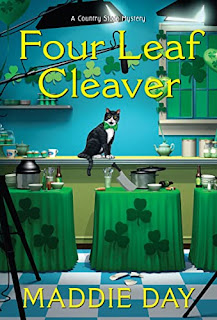 Today is publication day for SMFS list member Edith Maxwell’s new book, Four Leaf Cleaver: A Country Store Mystery. Writing as Maddie Day, the book is published by Kensington Books. The book is available in print, audio, and digital formats, from Amazon and other vendors. This is the eleventh book in the series that began with Flipped For Murder.

There’s no mistaking Saint Patrick’s Day at Pans ’N Pancakes. Robbie may only be Irish by marriage to Abe O’Neill, but the shelves of vintage cookware in her southern Indiana store are draped with glittery shamrocks and Kelly-green garlands and her restaurant is serving shepherd’s pie and Guinness Beer brownies. The big event, however, is a televised cooking competition to be filmed on site.

Unfortunately, someone’s luck has run out. Before the cameras start rolling, tough-as-nails producer Tara O’Hara Moore is found upstairs in her B&B room, bludgeoned apparently by the heavy hilt of a cleaver left by her side. Now, not only does Robbie have a store full of festive decorations, she’s got a store full of suspects . . . 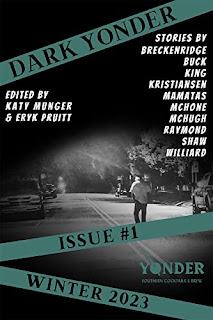 Mike McHone with "Perforation of a Moment."

P.M. Raymond with "The Entitled Life and Untimely Death of King Booker."

The Worst Game of Baseball Ever Played by Adam Breckenridge

Perforation of a Moment by Mike McHone

Or Not to Be by Johnny Shaw

The Entitled Life and Untimely Death of King Booker by P.M. Raymond

A Harvest of Malice by Matt McHugh

This is not your grandfather’s noir. Forget middle-aged alcoholics in bad jackets roaming the mean streets of L.A. in search of redemption and a bonus roll in the hay with a duplicitous dame. The debut issue of DARK YONDER takes a look at the dark side of modern life, including sibling rivalry, the shelf life of marriage, our culture of greed, violence as entertainment, child soldiers, obsessive love gone wrong, and so much more.