In the first week of April 1996, the members of Margo Power's shortmystery-l digest voted to become the Short Mystery Fiction Society. Though not a change of official standing, it spoke to our goals of better representing mystery & crime short stories in the public eye.

January 1 to May 1, SMFS members as of December 31 of the previous year decide the Derringer Awards.

May 2 to December 31, anyone can join the SMFS by free subscription to:

Members take part in any SMFS activity they wish, to the extent they wish. Membership is maintained free of charge and only lapses if one unsubscribes or is banned.

The Derringer Awards consider any mystery or crime stories that first appeared in English in the past year. Each January, these stories may be submitted by their publishers or by SMFS members. February–April, members judge and vote to honor one story up to 1,000 words; one 1,001–4,000; one 4,001–8,000; and one 8,001–20,000 words. May 1, these winners are announced along with a living writer chosen by five-member executive panel to receive our Edward D. Hoch Memorial Golden Derringer for Lifetime Achievement.
When possible the five honorees receive their Derringer medals during Bouchercon, the World Mystery Convention. If you'd like to donate toward the cost of future medals, please contact Robert Lopresti, President.

To  date, there has been one member anthology. Flash and Bang was published by Untreed Reads in October  2015 and features nineteen tales by SMFS members.

The Short Mystery Fiction Society Blog is the official public record of our activities and policy. It also features 's publication news, links to writers' resources and market news, in addition to other content and is open to members' guest posts.

Continue reading this page for bios of our current leadership, descriptions of how our awards are decided, and photos and video from previous award ceremonies. You can also search the blog using the box in the right sidebar.

Elected to serve two-year terms, the SMFS president and vice president are the main representatives of the Society and the genre to the public. They moderate Shortmystery and are part of the selection committee for the Edward D. Hoch Memorial Golden Derringer and Short Mystery Fiction Hall of Fame. 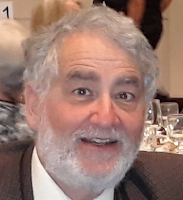 Rob is a retired librarian.  He is the author of more than eighty short stories, almost half of which have been published in Alfred Hitchcock Mystery Magazine.  He has been a finalist for the Derringer Award five times, winning three.  He won the Black Orchid Novella Award and was nominated for an Anthony.  He has been reprinted in Best American Mystery Stories and Year's Best Dark Fantasy and Horror Stories (with the same story, oddly enough).  His most recent novel is Greenfellas, a comic caper in which the Mafia tries to save the environment.  He is probably the only mystery writer to receive the Lane/Saunders Memorial Research Award from the American Library Association.  His hobby is writing autobiographical notes in the third person. 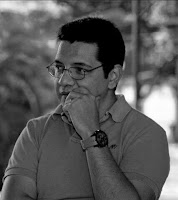 José is an internationally published author of novels, short stories, and scripts for film, plays, and television. Although he’s the son of a journalist, he ironically prefers to write fiction rather than fact. José's genre of choice is thrillers, but he likes to throw in a twist of romance into the mix.

He serves as the Assistant Editor for ITW’s e-zine, The Big Thrill, and writes the occasional book review for The Washington Independent Review of Books.

A native of Honduras, he still lives in San Pedro Sula with his wife, three kids, and a mixed shar pei-lab who thinks he owns the house.

He signs his emails with the motto: “I never tell lies; I only write them.”

Independent of the Officers, the Society's Derringer Awards process is administered by an annually-elected Coordinator and Assistant Coordinator.

Tony is a short story writer from southwest Pennsylvania. Although he enjoys reading and writing short mystery, his published creds are in the fantasy genre, including Medallion of the Undead. 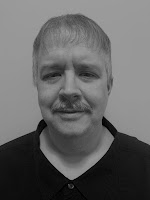 
Joseph lives in Indiana and teaches college literature and composition courses.  His short fiction has appeared in Alfred Hitchcock's Mystery Magazine, Ellery Queen's Mystery Magazine, Mystery Weekly, Tough, and a number of other magazines and anthologies.  He has been a finalist for the Edgar Award and the Derringer Award, and has won the Bill Crider Prize for Short Fiction and the Al Blanchard Award.  His Edgar-nominated story "Etta at the End of the World" appears in The Mysterious Bookshop Presents the Best Mystery Stories of the Year, 2021.  His hobbies include playing chess very, very poorly and cheering for mediocre baseball teams.

Interested in running for Awards Coordinator, Assistant Coordinator, volunteering as a Derringer Judge, or voting on the Derringers? Here's more information.

Presented by electronic certificate at their 1998 inception, the Derringers have taken physical form since Bouchercon 2009 (Indianapolis, IN), when then-VP Jim Doherty created and presented plaques:


In January 2015, Society members donated toward medals to make up for plaques undelivered 2009–14 and to become the physical Derringers from Bouchercon 2015 (Raleigh, NC) forward: