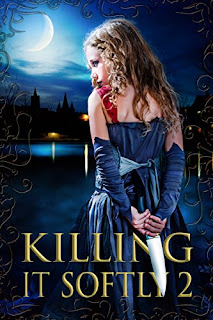 Barb Goffman’s Agatha award nominated short story, Evil Little Girl, originally published in 2013 has now been published again in the new anthology Killing It Softly 2: A Digital Horror Fiction Anthology of Short Stories (The Best by Women in Horror). The eBook is available at Amazon and the print version should be out in the next couple of weeks.
Posted by Kevin R. Tipple at 5:54 PM No comments:
Email ThisBlogThis!Share to TwitterShare to FacebookShare to Pinterest
Labels: anthology, Barb Goffman, Evil Little Girl, horror, Killing It Softly 2, short story, SMFS Member Publication News

SMFS Member R. V. Reyes has a short story, Fish Fried, in the anthology, Happy Homicides 6: Cookin Up Crime. It is available at Amazon for ninety-nine cents until November 5th.  More info about the book and a related contest can be found at the author’s blog. 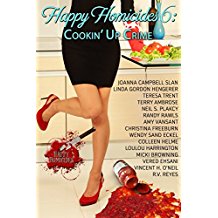 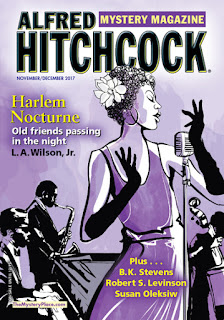 Robert S. Levinson’s story is "The House Across The Street."

Susan Oleksiw’s story is “A Slight Deviation From The Mean.”

B. K. Steven’s story is “Death Under Construction.” 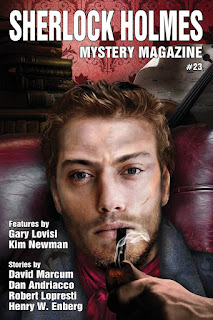 Robert Lopresti’s story is The Cop Who Liked Gilbert and Sullivan.” Robert also has the distinction of having his name listed on the cover. 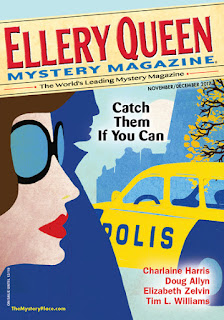 The November/December issue of Ellery Queen is out, with, I'm proud to say, my name on the cover along with Charlaine Harris's  and Doug Allyn's and my story, "Death Will Help You Imagine," inside, right after Bill Pronzini's. It's well worth the wait of almost 20 months from submission to print to be keeping such great company, especially since it was accepted way back in 2016 and I got paid for it shortly afterward.

SleuthSayers: One More Time, From the Top by Michael Bracken

SleuthSayers: One More Time, From the Top: Please join me in welcoming my friend Michael Bracken as a guest blogger today. For those of you who don't know Michael already, he ...
Posted by Kevin R. Tipple at 8:43 PM No comments:
Email ThisBlogThis!Share to TwitterShare to FacebookShare to Pinterest
Labels: : A Night of Mystery with SMFS Member, career reboot, Guest post, marketing, michael bracken, SleuthSayers Blog, writing

SleuthSayers: Capstone to a Career (B. K. Stevens) 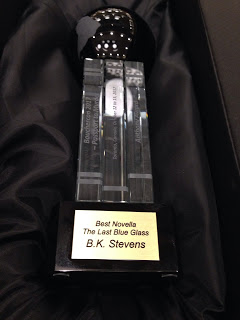 SleuthSayers: Capstone to a Career: By Art Taylor Last week's Bouchercon in Toronto was terrific and memorable in so many ways, with one of the great highpoints coming on...
Posted by Kevin R. Tipple at 3:02 PM No comments:
Email ThisBlogThis!Share to TwitterShare to FacebookShare to Pinterest
Labels: Anthony Award, Art Taylor, award, BK Stevens, Bouchercon 2017, legacy, SHORT STORIES, SMFS Member, The Last Blue Glass

Member Michael Bracken sends in the two pictures below of members gathering before the lunch. 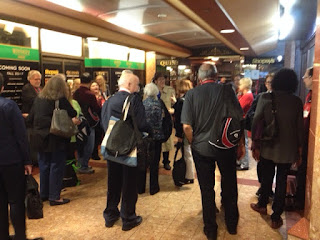 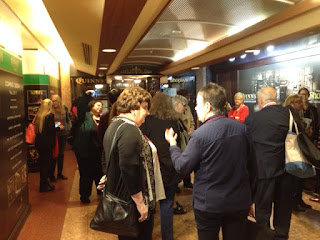 My crime-horror piece “Stegmann’s Basement” is free to read at Spelk Fiction.

Storyline: After a botched robbery a young criminal flees into a creepy basement.

For those not familiar with this market, Spelk is a popular U.K.-based site that accepts flash up to 500 words (all genres, literary). Non-paying, but seems to yield wide exposure, including via social media.

Today in MYSTERY HISTORY: 10/12/2017 Bouchercon commences today: October 12, 2017. Today is the start of Bouchercon, the international mystery convention.  It is getting underway at the Sheraton Centre ...
Posted by Kevin R. Tipple at 8:20 PM No comments:
Email ThisBlogThis!Share to TwitterShare to FacebookShare to Pinterest
Labels: Bouchercon 2017, mystery, robert lopresti, SMFS Lunch at Bouchercon, today in mystery history blog, Toronto

Little Big Crimes Review: A Pie to Die For by Meg Opperman 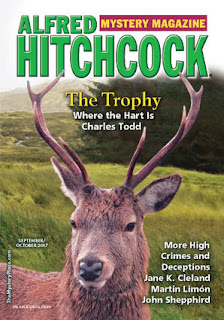 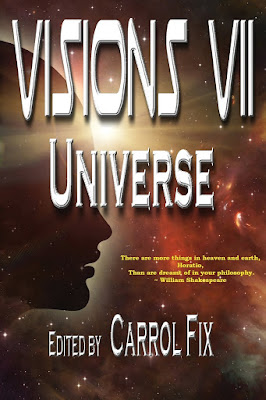 The latest issue of Flash Bang Mysteries is now up and features work from SMFS members. 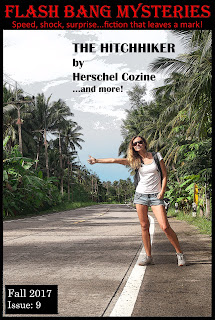 The Last by Michael Bracken
School Spirit by Larry W. Chavis
The Hitchhiker by Herschel Cozine (selected as the Cover Story)
Knight Vision by John M. Floyd
Fishing For An Alibi by Earl Staggs (Editor's Choice)