Rare and envied is the writer who can sit down, compose, stand up and declare her creation complete, no editing necessary. Lee Child is said to do it with his Jack Reacher novels, beginning without fail on Sept. 1, the date he started writing his first novel in the series. “This is not the first draft,” he told biographer Andy Martin, who sat with Child as he wrote, Make Me, published in 2015. “It’s the ONLY draft.” Kurt Vonnegut was similarly known as a day-by-day polisher who didn’t do rewrites. For most of us—and especially me—we’re probably more in tune with the practice, if not the talent, of Gabriel Garcia Marquez, who in the pre-computer era noted he needed a 500-sheet ream of paper to write a fifteen-page short story. 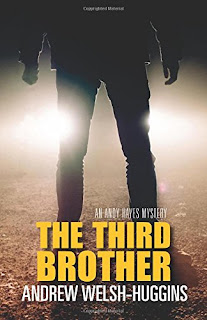 When I first tried my hand at mystery writing, I revised the same draft over and over, always working off the same document. Although it was pleasing to reach the point where I was satisfied with the result, the journey was more discouraging than I thought necessary. More recently, I’ve developed a process that improves how I edit my work and allows me to track my draft-by-draft progress in a glass half-full fashion. Here’s how it works.

The first thing I do when starting a piece of fiction is to name and date my work in progress, a la “WIP-Jan. 3, 2018.” The name might be the actual title once I’m finished, but more often than not is a place holder. (For several months, the most recent novel in my Andy Hayes private eye series carried the catchy title No. 6: it finally became Fatal Judgment the third or fourth draft along.)

From there, I write from beginning to end without stopping to edit. Some dub this the vomit or rocket draft, but whatever you call it, it’s an approach I recommend. Just get the story down on paper, flaws, plot holes and inconsistencies be damned. For short fiction, it usually takes me anywhere from a week to ten days to complete a first draft. During that time, I work off the same document. First draft done, it’s time to follow the example of James Michener, who said, “I'm not a very good writer, but I'm an excellent rewriter.” 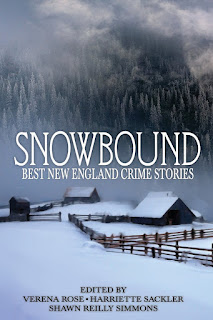 I open the original document, create a new one with a new date—“WIP-Jan. 13, 2018—and edit it from beginning to end. Finished, I close that draft and move onto something else until returning to the draft the next day. There’s no formula for how many edits you’ll end up with, though for me, perpetually anxious that my prose could be better, it’s usually a minimum of five. Long Drive Home, a story I published in July in Tough, took nine drafts—the first dated Dec. 15, 2017 (under a different title, The Tourists), the last May 18, 2018. This essay required six individually dated drafts over two weeks.

I like this system because all those edits provide a point-in-time sense of accomplishment as I work my way through a story or novel. As I said, I find it disheartening to open the same document again and again during the editing process. For me, it’s hard to measure success except by the somewhat amorphous feeling that a draft seems to be getting better. By contrast, I’m bolstered each time I create a new document with a new date, since I have visual evidence of my progress—the literary equivalent of taking pictures of a home improvement project from beginning to end. And just as it’s rewarding to page through the photo album of that project, it’s satisfying to look back at my computer folder of work to see what happened, and got better, along the way.

Could this system get out of hand? It’s possible. By my count, Garcia Marquez produced thirty-three drafts of a story under his approach. That’s a lot of individually dated files. These days, the ease of editing on a computer makes that many e-copies unlikely, but even if it doesn’t, there’s still an upside. Think what a goldmine you’re leaving behind for your own biographer. 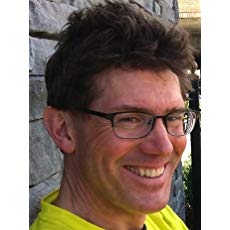