Guest Post: DIFFERENCES BETWEEN A SHORT STORY AND A NOVEL by Jan Christensen

Monday means Jan Christensen is back today with another informative post. Apparently, the difference is more complicated than novels have a lot more words.

DIFFERENCES BETWEEN A SHORT STORY AND A NOVEL 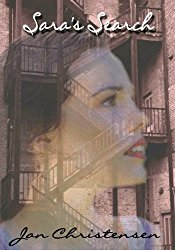 An easy way to visualize the difference between writing short or long is to think of pencil sketches for the short story scene--everything is there, but the details are scanty.  Each scene is fully developed, with dialog, a bit of description/setting, and what the characters are feeling and how they're acting.  Usually the time frame is short and the viewpoint is all one character's.

For example, a sketch of a kitchen with the sun shinning in the window (time of day, maybe season), one person facing the viewer (VP character), the background sketchy (pun intended), people black and white, but dressed (or maybe not, if it's that kind of story), but the clothes are probably not that important.  If they are, there's more detail--more lines drawn to indicate type of clothing.  Each character wears a certain expression--the viewer can pretty much tell what each one is thinking.

A novel is more of a series of oil paintings.  Each one has a colorful background (description/setting), the characters are vivid, and each succeeding painting can be shown with different viewpoint characters and over a longer span of time.  The sun is shining in the first picture, but the moon is hanging high in the sky later on.  The tree outside can have leaves one time, and none later on.  Different characters are the focus of each painting, indicating a change of VP.  Clothing is interesting, and sometimes important to the story.

Each kind of story, whether short or long, has its own special pull.  The quick sketches of a short story where the reader gets to add her own details to fill out the story, but where the story is over quickly.  The oil paintings of the novel where the artist puts in everything for the reader, so the reader can go along with the writer more, and where the story is much longer with more characters, more settings/descriptions, more dialog, even subplots.

If you are a visual person when writing and reading, as I am, this metaphor for the differences between writing long and short can help you, I believe, with each scene.  While writing a short story, see the scenes as pencil sketches and "report" what you see.  While writing a novel, see each scene as an oil painting with all its rich detail, and get it all down.

I was writing a short story a while ago, and about halfway through realized I'd put in nothing about setting or the weather.  It came to me then that a short story is more like a pencil sketch than a novel, and so I stopped what I was doing to write this essay.  After I finished the essay, I fleshed out the setting and weather details in the story with only a few sentences.

Then, when I wrote “the end” to the story, I felt as if I did a complete job of it. Anyone else tend to forget mentioning settings enough, and the weather? Sometimes they really don’t matter that much, in my opinion. But I bet some readers disagree with that.

Jan Christensen lives in Corpus Christi, Texas, and has had nine novels and over seventy short stories published. www.janchristensen.com

An excellent description, Jan, of the difference. When I've been asked the difference between writing a short story and a novel, my answer is: One's bigger than the other. After getting a chuckle or strange looks, I add: I don't mean just bigger in terms of number of word or pages. A novel is bigger in the amount of story being told.

Novels are fully developed with complex characters and detailed plots--often including subplots which interconnect with the main plot. Short stories are more often vignettes or sketches, other times a tour de force. Poe's description of the short story is still one of the best. He observed that the short story should be written with a single effect, purpose or theme in mind.

Clear description of the difference between novel and short story. I especially like the use of pencil drawing versus oil painting. But, as you emphasize, each must be complete in itself.

Enjoyed this. I see the differences as the short story is just about one thing; whereas the novel will have subplots and more character development in the arc. I actually find short stories much more difficult to write.

Excellent way of describing the differences.