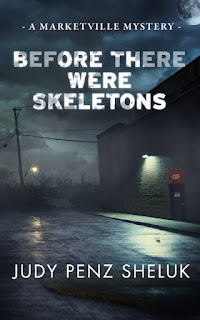 Like many authors, my mystery writing publishing journey began with the publication of a short story. That was 2014, and since that time I’ve written and published seven full-length novels, edited and produced three multi-author short story anthologies of mystery and suspense, and written a handful of short crime fiction, six of which have been published, with one under consideration, and one in desperate need of revision.

Now, some people will tell you that writing short is easier than writing long, but in my opinion, long is much, much easier that short.

Part of that could be because I’m a pantser. I always start with a basic premise, but beyond that I haven’t a clue. I just pants my way merrily along finding out whodunit, why-they-dunit, and any other dunits, chapter by chapter, surprising myself until I get close to the end and it’s time to wrap things up. I figure if I’m surprised, the reader will be too.

That sort of approach might work for novels, but in my experience short stories offer no such luxury. Simply put, you need to get in and get out without a lot of dipsy doodling, and while some short story authors may well be pantsers, I expect most fall firmly into the plotter’s camp, or at least into the “I’m pretty sure I know where this is going” camp.

Let’s look at my latest novel, Before There Were Skeletons, and do a quick review:

Basic Premise: Private investigator Calamity (Callie) Barnstable has been hired to solve the cold case of Veronica Goodman, an eighteen-year-old single mom who went missing in the small town of Miakoda Falls in 1995, leaving behind a one-year-old daughter and a newly signed apartment lease.

Could this work as a short story? Definitely.

Expanded Premise: Turns out Veronica’s cold case might be related to the cold cases of two other young women who went missing in Miakoda Falls, always on a Tuesday, and within a few weeks of Veronica.

Could it still work in the short story? Yes, though you’d have to be succinct in the details. In the book, I’ve allowed for the entire missing persons profile for each of the three women in question. In a short story those details would need to be pared down considerably.

Sub-plot: While Callie is trying to solve the case of Veronica Goodman, she’s also delving through her mother’s high school yearbooks. FYI, Callie’s mother disappeared in 1980, when she was six, and hasn’t been part of her life since. Her grandmother, downsizing, has found the yearbooks and wants Callie to have them. You see, Callie’s mom quit school at age seventeen because she was pregnant with Callie.

Could this work in the short story? As a rule, short stories don’t have sub-plots, and they certainly don’t have complicated sub-plots, as this one is. But a mention of Callie’s demons—a missing mother that fuels her desire to solve a cold case, that could work. Especially since both Veronica Goodman and Callie’s mother disappeared on Valentine’s Day, albeit many years apart.

A new employee: This is book 4 and gone are Callie’s previous three co-workers, replaced by one Denim Hopkins, a twenty-four-year-old tech savvy waitress.

Could this work in a short story? Yes, if the past connections are mere mentions and Denim’s role is necessary, but my gut feel is that the short story would be stronger with both the past and the present co-workers/employees omitted. When it comes to short fiction, less is more.

Could this work in the short story? Not a chance. It’s just too complicated to cram into a few thousand words.

And there you have it. A quick comparison on writing short and writing long. But whatever way you slice the pickle, it all starts with a premise. Where the premise goes, well, that’s up to the writer. And I wouldn’t have it any other way.

About Before There Were Skeletons

The last time anyone saw Veronica Goodman was the night of February 14, 1995, the only clue to her disappearance a silver heart-shaped pendant, found in the parking lot behind the bar where she worked. Twenty-seven years later, Veronica’s daughter, Kate, just a year old when her mother vanished, hires Past & Present Investigations to find out what happened that fateful night.

Calamity (Callie) Barnstable is drawn to the case, the similarities to her own mother’s disappearance on Valentine’s Day 1986 hauntingly familiar. A disappearance she thought she’d come to terms with. Until Veronica’s case, and five high school yearbooks, take her back in time…a time before there were skeletons. 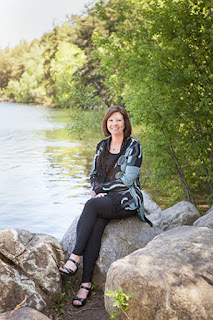 A former journalist and magazine editor, Judy Penz Sheluk is the bestselling author of two mystery series: The Glass Dolphin Mysteries and the Marketville Mysteries. Her short crime fiction appears in several collections, including the Superior Shores Anthologies, which she also edited.

Judy is a member of Sisters in Crime, International Thriller Writers, the Short Mystery Fiction Society, and Crime Writers of Canada, where she served as Chair on the Board of Directors. She lives in Northern Ontario on the shores of Lake Superior. Find her at judypenzsheluk.com.

Thanks for hosting me SMFS!

Your comparison is an excellent way to explain the differences between short and long crime fiction. I may borrow it (with full credit, of course).

Thanks Susan, feel free to borrow by referencing back to this post, as that will also bring more visitors to the SMFS Blog - so many great posts on here. Appreciate you taking the time to read and comment.