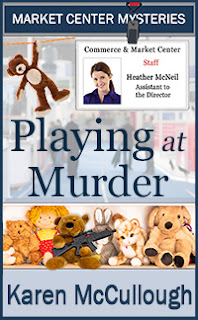 Restless Brain Syndrome, or Avoiding the Rut by Karen McCullough

I love writing fiction and I’ve been doing it for a long time. Over the last thirty years, I’ve written more than two dozen novels and probably as many novellas and short stories. Not all of them have been published. In fact, I wrote five complete novels before my sixth was accepted for publication. There are a few novels that remain on my hard drive with an idea that I might someday rewrite them. But that’s running off the topic.

Which, of course, is part of my problem. I call it Restless Brain Syndrome.

For most of my writing career I’ve had a hard time staying in one lane. I’ve hopped from one genre to another for my stories. I grew up reading mysteries, fantasy, science fiction, and romance, so I’m familiar with and like all of those. When I started writing, I of course wanted to write the kinds of things I’ve enjoyed reading. All of them, unfortunately.

What I’ve learned over the years is that my brain doesn’t like to be constrained into one channel, It keeps presenting me with ideas and scenarios that not only jump from one genre to another but frequently overlap them. As a result I’ve written in all of those genres and created stories that include elements of some or all of them.

It's not a great career move. Some of my readers will follow me through whatever genres I write in (thanks, sis!). Many tell me they love my mysteries or romances, but they “don’t read fantasy.” Or vice versa. Or some other combo.

I can’t help it, though. I have RBS. My creative source doesn’t like to write the same story twice. Or even anything similar. So, I’ve had to work out ways to deal with that.

The first bit of discipline I had to learn was to finish the piece I was writing before indulging any other ideas. I have notebooks where I jot down thoughts, but I’ve found the important things will stick with me, so I can push them to the back burner and ignore them for a while. If a concept is worth pursuing, it will keep gestating in the back of my brain even when I’m paying no attention to it. When the time is right, and I’m ready to move onto something new, it will be there.

I avoided writing series books for a long time because I feared I’d get tired of the characters and situation before I finished. But now everyone is begging for series. Publishers want them. Readers beg for them. A few years ago, I started a mystery series. So far it comprises three books, with the latest, Playing at Murder, releasing October 19th. I plan two more books in the series.

Limiting the series from the start at least gave my muse, the creative part of my mind, a picture of what was planned and how it would go. I also promised it that I would alternate books. Write one book that isn’t part of the series, which can be in any genre or combination of, then write the next book in the Market Center Mysteries. Sometimes it has taken longer than I liked, but so far the plan is working, with the note that more than once, the MCM series book has been delayed to meet deadlines from publishers for other books.

Before I start writing book four, I have begun another book which may be a standalone or could be the start of a different series. It will give my brain a chance to work on a different project with a different set of characters before I go back to the Market Center Mysteries.

Honestly, I wish my brain, spirit, muse, whatever you want to call it, didn’t work this way. I like to think that my career would have had more success had I been able to stick to one genre and produce more related books. But the more rational part realizes that I probably wouldn’t still be writing at all, after thirty years of it, if I hadn’t allowed my muse the space to stretch her wings and take me in whichever direction she wanted to explore this time. 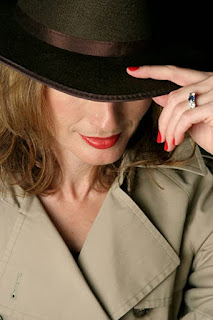 Karen McCullough is the author of almost two dozen published novels and novellas in the mystery, romance, suspense, and fantasy genres, including the Market Center Mysteries Series and three books in the No Brides Club series of romance novels. A member of Mystery Writers of America, Sisters in Crime, and the Piedmont Authors Network, she is also a past president of the Southeast chapter of Mystery Writers of America and member of the MWA national board. Karen has won numerous awards and her short fiction has appeared in a wide variety of anthologies. You can learn more at https://kmccullough.com/

Thanks for having me on the blog today!

Karen, I can relate to focusing on one story before getting diverted to my other ideas. I just make a note of the new idea (I can easily forget) and carry on.