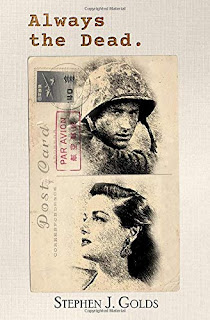 Today is publication day for Stephen J. Golds’ new book, Always The Dead. Illustrated by Craig Douglas, the read is available in print and eBook formats from Amazon and other vendors.

Los Angeles, California. 1949.Scott Kelly is a World War Two Marine veteran and mob hitman confined to a Tuberculosis sanatorium suffering from consumption, flashbacks and nightmares from his experiences of The Battle of Okinawa and a botched hit for Bugsy Siegel. When his movie actress girlfriend disappears, he bribes his way out of the sanatorium to search for her. What follows is a frantic search, a manic murder spree, stolen contraband, and a briefcase full of cash. A story that stretches from the war torn beaches of Okinawa, all the way to the playground of the rich and famous, Palm Springs, California.An exploration into the depths of L.A crime, PTSD and twisted love. A semi-fictional novel based around the disappearance of Jean Spangler. 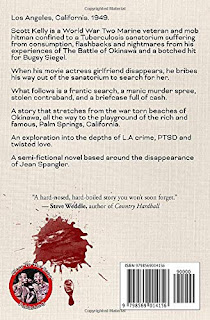