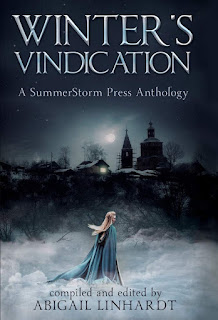 SMFS list member John Floyd’s mystery driven short story, “The Warden’s Game” appears in the in the recently released anthology, Winter’s Vindication. Published by Summerstorm Press, the read is available from the publisher and Amazon. John is also interviewed in relation to his story and more here at the publisher.