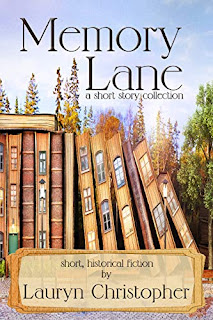 With the world covered in ash and clouded in despair, there are only two choices: lie down in the ash, or find a way to survive. And perhaps, a way to thrive...

In the long-ago days, when the Old Gods walked freely among the men of Midgard, Eirik Alreksson gained their attention and favor.

On their way to work each day, the miners of Bolivia would routinely say prayers and pay homage to the statue of The Virgin Mary in its niche outside the mine, asking her blessing in their labors.But when they entered the mine, the miners made a second offering. There, beyond reach of the light of day, they left their gifts of coca leaves, alcohol, and cigarettes at the shrine of El Tío, the Devil of the Mine.

- Last Sigh of the Moor

There is a place, outside the walls of Granada, and in the shadow of the mighty Alhambra, where history tells us the city's last caliph turned and wept at the sight of his beautiful, lost city… and, perhaps, at the loss of the friend who betrayed her.

- The Unflattering Portrait of Jiang Zhaojun

The daughter of a merchant, and lady-in-waiting in the Emperor’s court, Jiang Zhaojun is recorded as one of the “Four Beauties of Ancient China.” But she is not celebrated merely for her beauty, but also for her bravery.

This story of the Old West illustrates the conflicts between a group of homesteading farmers and the local cattle ranchers.