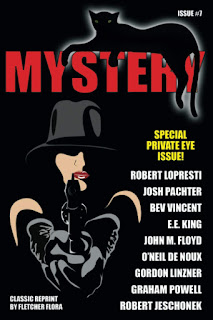 Several SMFS list members have short stories in Black Cat Mystery Magazine #7: Special Private Eye Issue. The read is available in print and eBook from the publisher, Amazon, and other vendors. The SMFS members in the issue are:

Michael Bracken with "From the Cat's Perch" (the editorial)

Robert  Jeschonek with “The Makings of a Killer.”

Robert Lopresti with “The Charity Case.”

Josh Pachter with “The Stopwatch of Death.”

Graham Powell with “Pictures of Lily.”

Bev Vincent with “The Fugitive with the Dragon Tattoo.”

Andrew Welsh-Huggins with “The Whole Story.”

The Black Cat Mystery Magazine returns with issue #7 -- a special Private Eye edition, with great new tales (and one classic reprint) by masters of the genre. Included this time are:

THE CHARITY CASE, by Robert Lopresti

THE WHOLE STORY, by Andrew Welsh-Huggins

THE STOPWATCH OF DEATH, by Josh Pachter

THE FUGITIVE WITH THE DRAGON TATTOO, by Bev Vincent

PICTURES OF LILY, by Graham Powell

SHOW AND ZELLER, by Gordon Linzner

THE MAKINGS OF A KILLER, by Robert Jeschonek 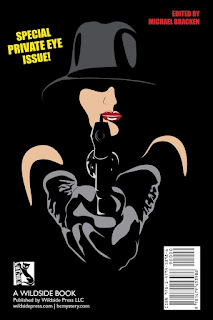