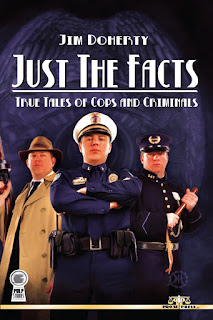 Please welcome back SMFS list member Jim Doherty as continues delving into the various ways of researching and writing the accurate police procedural. This is a multi part series that began here yesterday and will run through Wednesday of this week.

Though he wasn’t really the first to come up with the idea of authentically depicting police work in fiction, and though he never wrote novels or short stories, Jack Webb, more than any other person, deserves the title Founding Father of the Police Procedural.  The success of his radio/TV series Dragnet showed that the authentic depiction of police work was as interesting as the crimes Joe Friday and his various partners were investigating.   Anthony Boucher, in his New York Times mystery review column, pointed this out when he first coined the term “police procedural” in 1956.
Webb, primarily a radio actor, had been hired to play the head of the crime lab for a 1948 movie called He Walked by Night, based on the recent, heavily publicized hunt for cop-killer by the LAPD.
Between takes, he struck up a friendship with the film’s police technical advisor, Sgt. Marty Wynn, who’d shot it out with the actual cop-killer in real life.  Wynn, discovering that Webb was best known for playing private eyes on radio, characters who routinely made policeman look foolish in every episode, told Webb, “It rankles every damn cop in the country when they hear those far-fetched stories about crime.  They’re all jazzed up, and the detectives are supermen, and they do it all with mirrors.  Real cops don’t work that way.”  Warming to his subject, he continued, “I can arrange for you to have access to cases in the police files.  Maybe you could do something with those.”
Wynn later said that he forgot about the conversation almost as soon as it was time for the next take.  So he was quite surprised when, months later, Webb showed up at his office, anxious to take him up on his offer.
As Webb later put it, “I shook hands with research for the first time.”  He attended police academy classes, hung out with detectives on stakeouts, rode along with uniformed cops on patrol, etc.  And when the radio series he envisioned finally debuted, he continued to try to make every episode absolutely authentic.
When an episode called for Friday to make a long-distance call to Utah, he actually sent an actor to Fountain Green, Utah, made the call while the show was being performed (they were broadcast live at this point), and sent the voice of the real-life operators making the connection out over the airwaves.
“There’s something about the way a real operator says, ‘ calling,’ that an actor just can’t duplicate,” he later said. 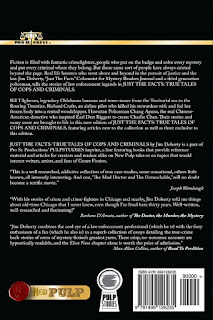 When information on a report he was reading was found on the second page of that particular form, the audience heard Friday turn the page.
When Friday entered police headquarters in City Hall, the number of steps he took was precisely the number of steps on the stairway from the sidewalk to the entrance.
When a scene was set at a particular intersection in at , he recorded that street sounds on that street corner on a typical to get the effects right.
When the script called for a rooftop shootout, he recorded gunshots on a rooftop.
When the show moved to TV, he had a set made that duplicated an LAPD detective squadroom in every detail.  Finding that the doorknobs used at police headquarters were no longer being manufactured, he made molds of the actual doorknobs so that tiny detail could be accurately displayed.
When the technical advisor for a particular episode showed up at the set, he looked at one of the desks and said “My God, that looks exactly like my desk.  And that’s my ashtray.  And those’re my cigarette butts!”
Evan Hunter, impressed by Dragnet, started writing short stories about the NYPD for magazines like Manhunt and Verdict, trying to replicate the sense of what he called “clinical verity” that he so enjoyed on Dragnet.  He interviewed cops extensively, got permission to ride along, hung out at detective squadrooms, studied manuals, rank structure, organizational structures, etc.  He reproduced police forms in his fiction.  He made a point of explaining differences between pieces of jargon (e.g. “plants” rather than “stakeouts”).
Invited to create a new series of mystery novels by Pocket Books editor Herb Alexander, he got the notion of making the lead character an entire NYPD police station, the 87th Precinct, and stepped up his research.  Throughout the first book in the planned series, eventually published in 1956 as Cop Hater under the pseudonym “Ed McBain,” he was continually calling advisors.  NYPD’s a huge department.  And procedures could change fairly quickly.  Hunter/McBain finally set his novel in a thinly fictionalized version of NYC to give himself some wiggle-room.
How to you totally immerse yourself in a police department?   First, pick a department.  Check out the website and other publicly available information.  Many police departments have “citizens’ police academies” specifically to inform the public of what they do and how they do it, and if the one you’ve settled on has such a program, you should attend.  Go on ride-alongs.  Hang around and ask questions.  Conduct in-depth interviews with cops on that department.  If there are any, read biographies or autobiographies of members of that department, histories of the department, etc.  And when you finally think you know that department inside and out, sit down and write.  But as you write, you’ll still find you have questions, so be prepared to do even more research.
Drawbacks?  First, you’ll have found out a lot of information and you’ll be tempted to use every single bit of it, whether or not it enhances your story.  The stuff you don’t need was, after all, just as hard to find as the stuff that you do need, and it’s difficult to just leave it behind.
The president of the American Tobacco Company was once quoted as saying, “Fifty cents of every dollar I spend on advertising is wasted.  Problem is, I don’t know which fifty cents it is, so I’ll just have to go on spending the whole dollar.”
It’s the same with research.  Except that once you’ve spent that “whole dollar” in time and effort, you’re then going to have to figure out which 50 cents worth of info you don’t need.
Second, you might get so involved with research, you never get around to writing.  All that time you’re researching you’re not sitting at a desk putting words on a page. 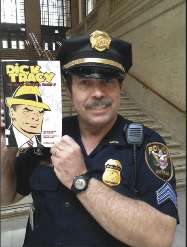 A cop of some kind or another for more than 20 years, JIM DOHERTY has served American law enforcement at the Federal, state, and local levels, policing everything from inner city streets to rural dirt roads, from college campuses to military bases, from suburban parks to urban railroad yards.  He’s the author of the true crime collection Just the Facts – True Tales of Cops & Criminals, which included the WWA Spur-winning article “Blood for Oil,” Raymond Chandler – Master of American Noir, a collection of lectures about the pioneering creator of hard-boiled private eye Philip Marlowe used for an on-line class; and An Obscure Grave, featuring college student and part-time cop Dan Sullivan, introduced in a series of short stories, which was a finalist for both a CWA Dagger Award and a Silver Falchion given at Killer Nashville.  He was, for  several years, the police technical advisor on the venerable Dick Tracy comic strip, and was a guest writer for a short sequence that ran in April and May on 2019.   Coming in 2020 are The Adventures of Colonel Britannia, written as “Simon A. Jacobs,” an unlikely (but incredibly fun to write) mash-up of Jane Austen’s Persuasion with Captain , and an as-yet-untitled collection of Dan Sullivan short stories.
Posted by Kevin R. Tipple at 1:00 AM

I know I'm giving away my age, but my father and I loved watching Dragnet. The shows were so well-done. As to your comments about immersing yourself in research, like you, I'd rather do that then make mistakes. I write historical romance as well as mystery and other genres. Historicals demand a great deal of research for the sake of authenticity. I'd rather know a lot more than I will actually share with readers so I can pick and choose the right information and historical details.

I'll put in a second for your plug of citizens' police academies. I attended the one in Austin TX and got SO much out of it. My writing doesn't call for a lot of details, police-wise, but I feel confident in the ones I use. Plus, I have one or two of them as consultants should I ever need them in the future. This blog series is terrific! Thank you.