SMFS Members Published in The Eyes of Texas: Private Eyes from the Panhandle to the Piney Woods 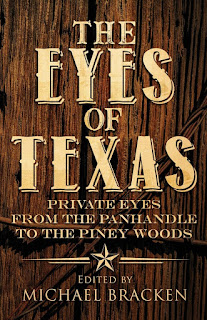 Debra H. Goldstein with “Harvey and the Redhead.”

Josh Pachter with “The Yellow Rose of Texas.”

Texas has it all, from bustling big cities to sleepy small towns, and law enforcement alone can’t solve every crime. That’s where private eyes come in. They take the cases law enforcement can’t—or won’t. Private eyes may walk the mean streets of Dallas and Houston, but they also stroll through small West Texas towns where the secrets are sometimes more dangerous. Whether driving a Mustang or riding a Mustang, a private eye in Texas is unlike any other in the world. 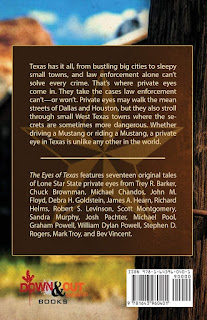