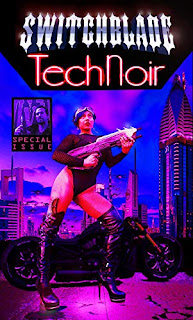 Several SMFS list members are published in the new Switchblade: Tech Noir issue. Edited by Scotch Rutherford, the read is published by Caledonia Press. Currently the read is only available in digital format from Amazon.