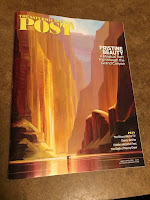 First, his short story, “Calculus 1” is the featured short story in the Saturday Evening Post: March/April 2019 issue. You can read it online here.

Secondly, John Floyd’s short story “Command Decisions” appears in the anthology, The Odds Are Against Us. The anthology of military fiction was published by Liberty Island Media, edited by Oren Litwin, and is available in print and digital formats from Amazon and other vendors. 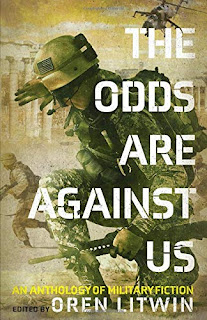 When victory seems impossible…
…Heroism is the only option.  To survive on the battlefield, you must go far beyond what you ever imagined possible. From a Marine in Vietnam trying to get back home, to Roman soldiers facing an Iceni rebellion; from cynical mercenaries in the harsh Chadian desert, to a Yazidi girl fighting for her freedom; from Soviet conscripts trying to survive war in Afghanistan, to American bomber pilots lost at sea. Experience the triumph of the human spirit even in the face of death. Includes eight short stories of military fiction from from skilled authors, some of whom are veterans themselves. With works from... Joseph Benedetto
Ron Farina
John Floyd
Jake Lithua
Sophie Michaels
Frank Scalise
Janis Snepsts
Jim Wilsky 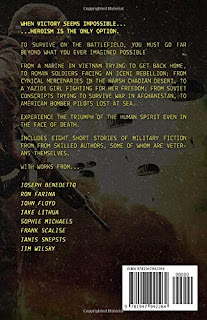