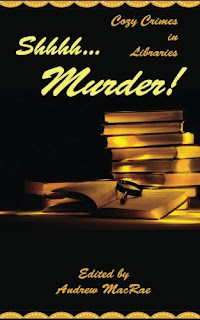 A number of SMFS list members are published in the just released anthology, Shhhh…Murder! Published by Darkhouse Books, the anthology is available in print and eBook from Amazon and features “Cozy Crimes in Libraries.” The SMFS list members that have reported their publication in the book are:

David Goudsward writing as DG Critchley with “The Body in the Book Drop.”

KM Rockwood with “Map To Oblivion.”

Jacqueline Seewald with “Ask a Librarian.”

Nupur Tustin with “The Christmas Stalker.”