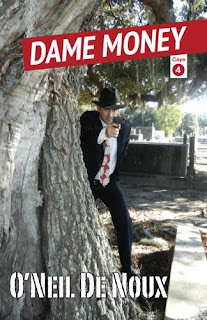 Lucien Caye stories have won the Short Mystery Fiction Society DERRINGER AWARD and the Private Eye Writers of America SHAMUS AWARD. Two Caye novels were also finalists for a SHAMUS in 2016 and 2017.  The cases come quickly this time around –  1. Catch a cat burglar too slick for the police to catch.  2. Look into the case of a dipso business man accused of murder.  3. Help a teary-eyed woman solve the murder of her uncle.  4. Take a pro-bono case of vandals terrorizing a nearby neighborhood.  All this while juggling a home life that includes raising an 8-year old daughter on his own and romancing an alluring, auburn-haired, doe-eyed beauty, with frequent interruptions from a rambunctious kitten.  “You brought a date?” the police lieutenant asks as Lucien is joined by his new operative, the same alluring beauty named Alizée – who uses her sharp mind to get the facts and wears a sexy sarong to get closed-mouth men to talk.  It’s not easy being Lucien Caye. Yet, if anyone can solve these mysteries, he’s the man. Threats, gunplay, police corruption, sex and violence – New Orleans style – inexorably draws Lucien to the chilling secret of Dame Money.  DAME MONEY is available as a trade paperback and eBook at Amazon.
Posted by Kevin R. Tipple at 8:51 AM