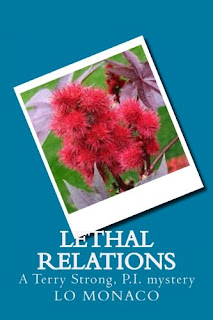 Terry Strong is a PI with a Black Belt in Taekwondo and a ceaseless determination.

Fred Greene has been murdered…in his own home while watching TV. The police have arrested his girlfriend, Barbara Metcalf. But Barbara’s brother, attorney Donald Remick doesn’t believe she did it.
Remick hires Terry to prove Barbara’s innocence. But it won’t be easy. All the evidence points right to Barbara. Even Fred’s son, Robert, believes Barbara shot his father. She had been at the Greene residence that night just as Robert was leaving. Later that night, Fred was found dead…by Barbara. 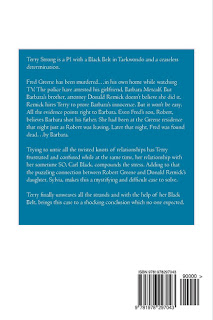 Trying to untie all the twisted knots of relationships has Terry frustrated and confused while at the same time, her relationship with her sometime SO, Carl Black, compounds the stress. Adding to that the puzzling connection between Robert Greene and Donald Remick’s daughter, Sylvia, makes this a mystifying and difficult case to solve.

Terry finally unweaves all the strands and with the help of her Black Belt, brings this case to a shocking conclusion which no one expected.
Posted by Kevin R. Tipple at 10:51 AM
Email ThisBlogThis!Share to TwitterShare to FacebookShare to Pinterest
Labels: books, Lethal Weapons, mystery, Terry Strong series